Twenty Arms to Hold You

Karaoke From Hell is comprised of an army of licensed rock and roll wizards, all fully dedicated to making you look, sound, and feel like the star you are.  Come meet the team! 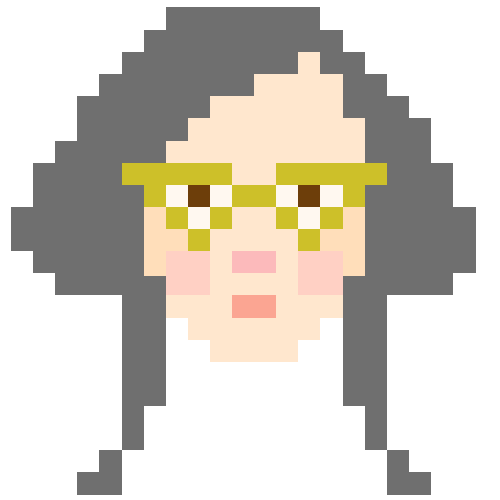 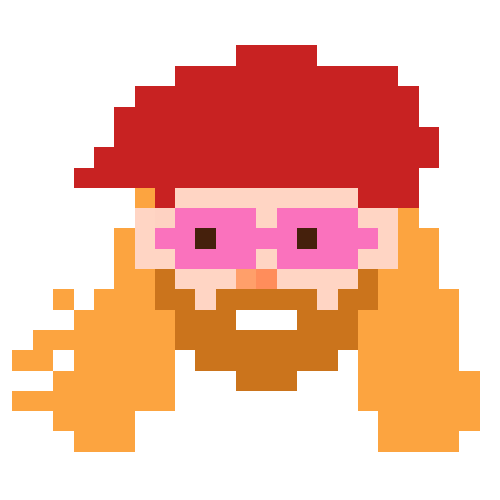 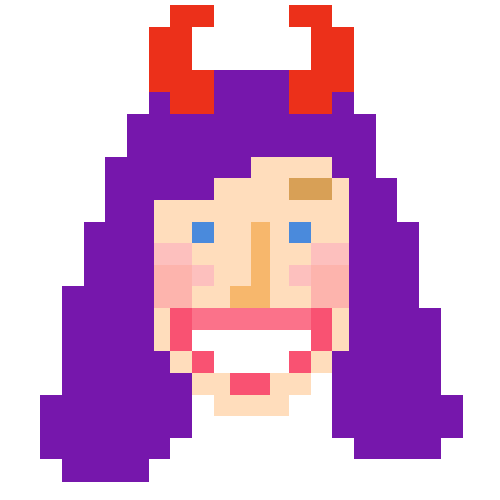 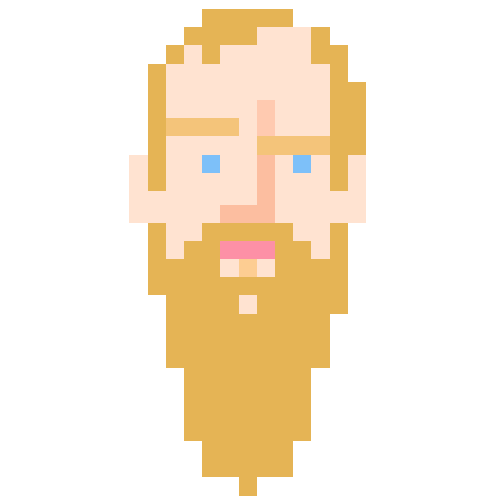 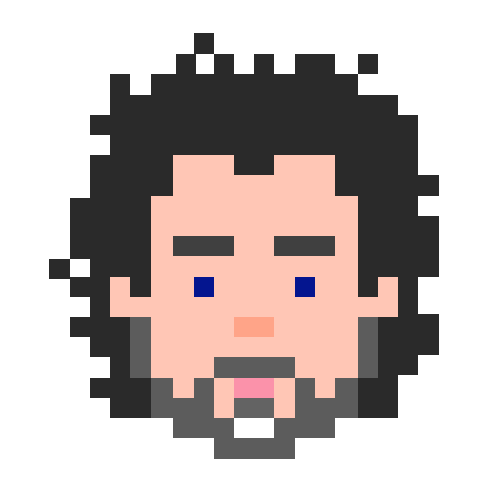 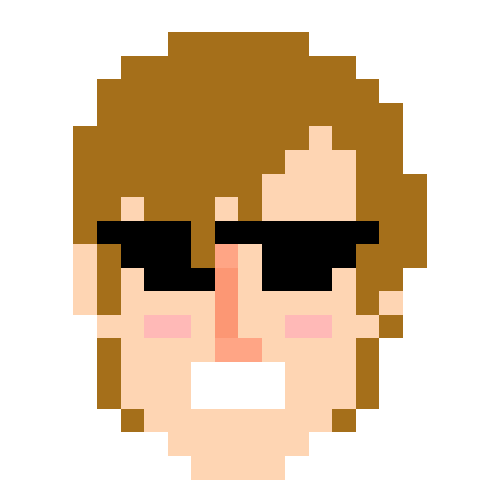 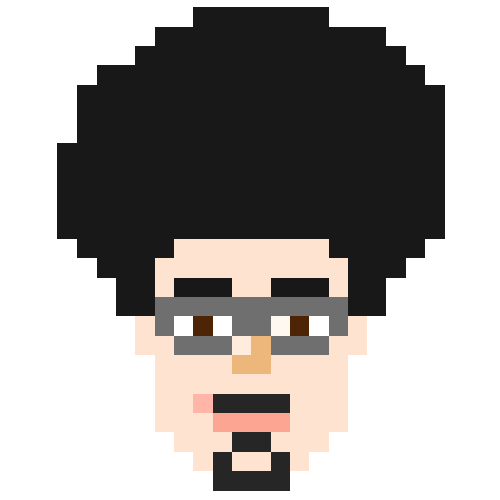 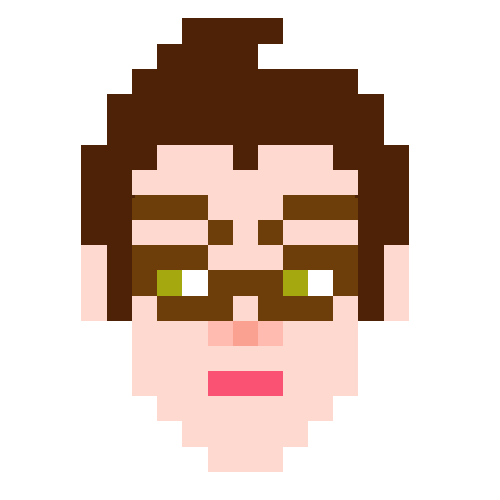 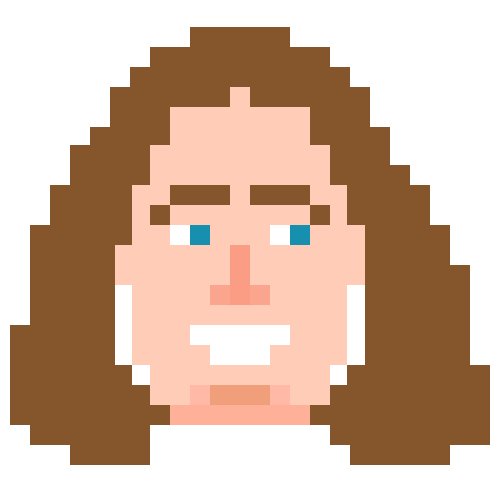 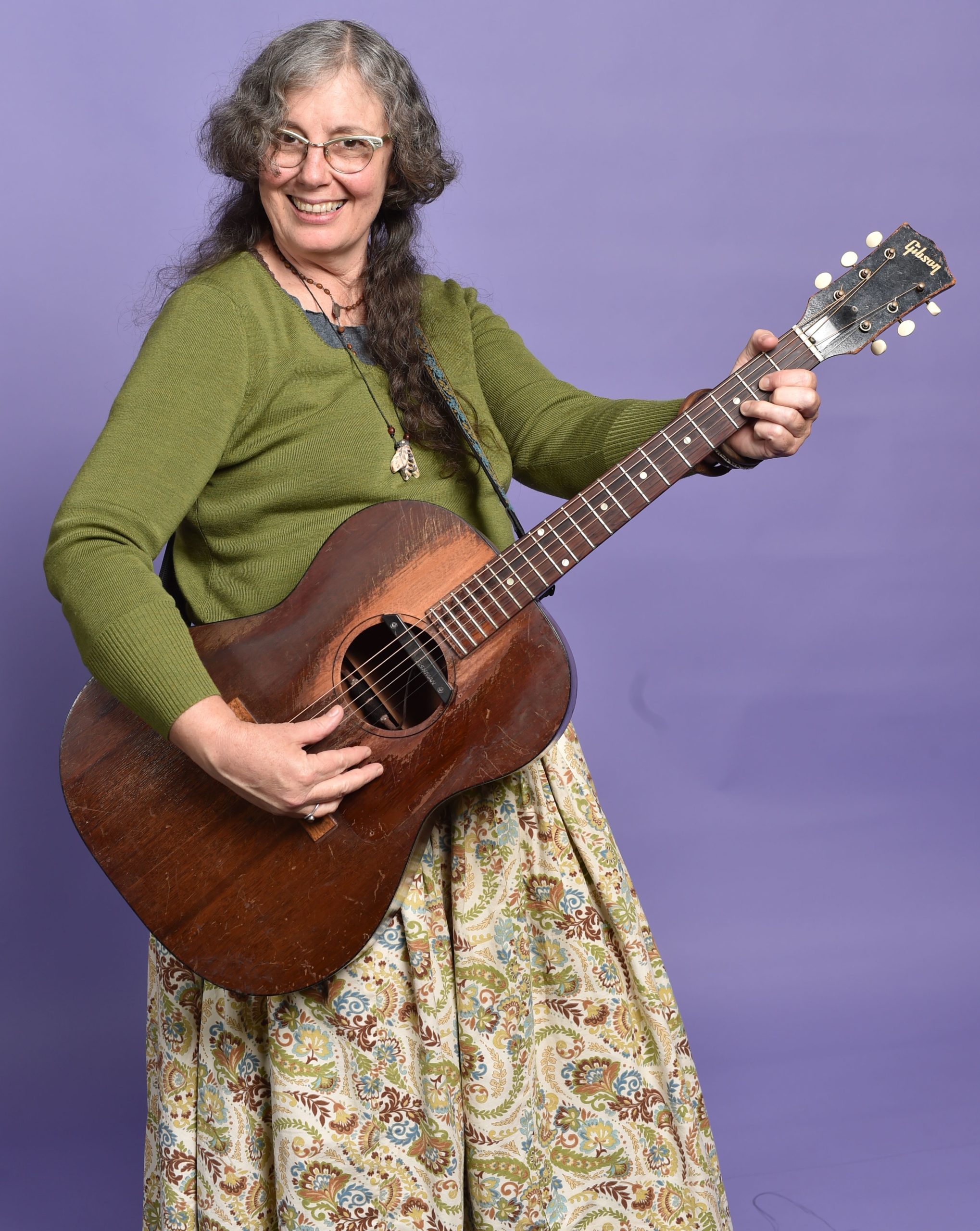 After achieving superstardom throughout Latin America, Colombian-born Dawn became Latin pop’s biggest female crossover artist since Jennifer Lopez. Noted for her aggressive, rock-influenced approach, Dawn maintained an extraordinary degree of creative control over her music; she wrote or co-wrote nearly all of her own material, and in the process gained a reputation as one of Latin music’s most ambitiously poetic lyricists. When she released her first English material in late 2001, she became an instant pop sensation, thanks to her quirky poetic sense and a sexy video image built on her hip-shaking belly dance moves. 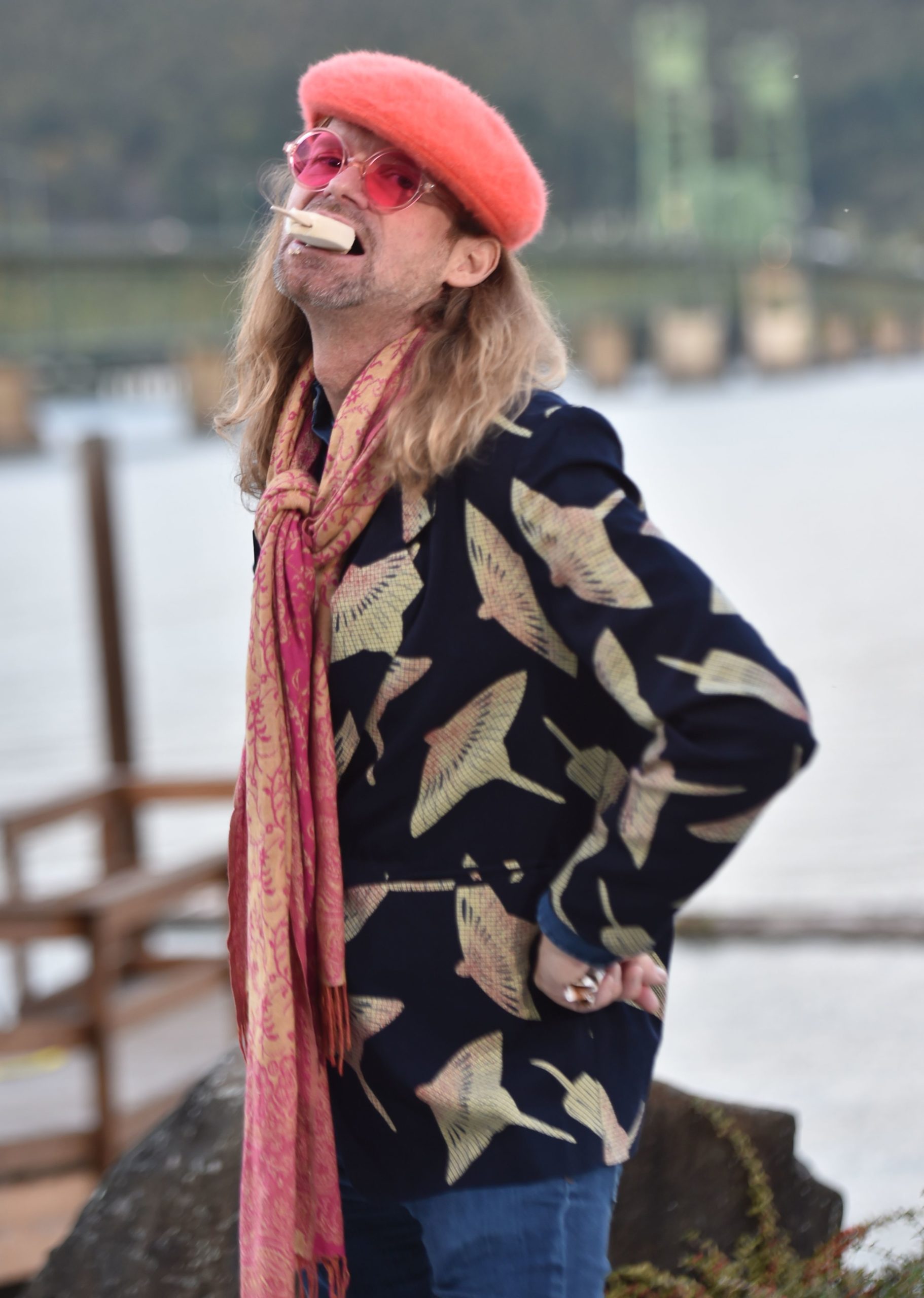 Tres was born in Brazil, Indiana, to William Joseph Redenbacher (1872–1939), a farmer, and Julia Magdalena Dierdorff (1874–1944). He grew up on his family’s farm where he sometimes sold popcorn from the back of his car. He graduated from Brazil High School in 1924 in the top 5% of his class. He attended Purdue University, where he joined the agriculture-oriented Alpha Gamma Rho fraternity, marched tuba in the Purdue All-American Marching Band, joined the Purdue University track team, and worked at The Purdue Exponent. He graduated in 1928 with a degree in agronomy. He spent most of his life in the agriculture industry, serving as a Vigo County Farm Bureau extension agent in Terre Haute, Indiana, and at Princeton Farms in Princeton, Indiana. 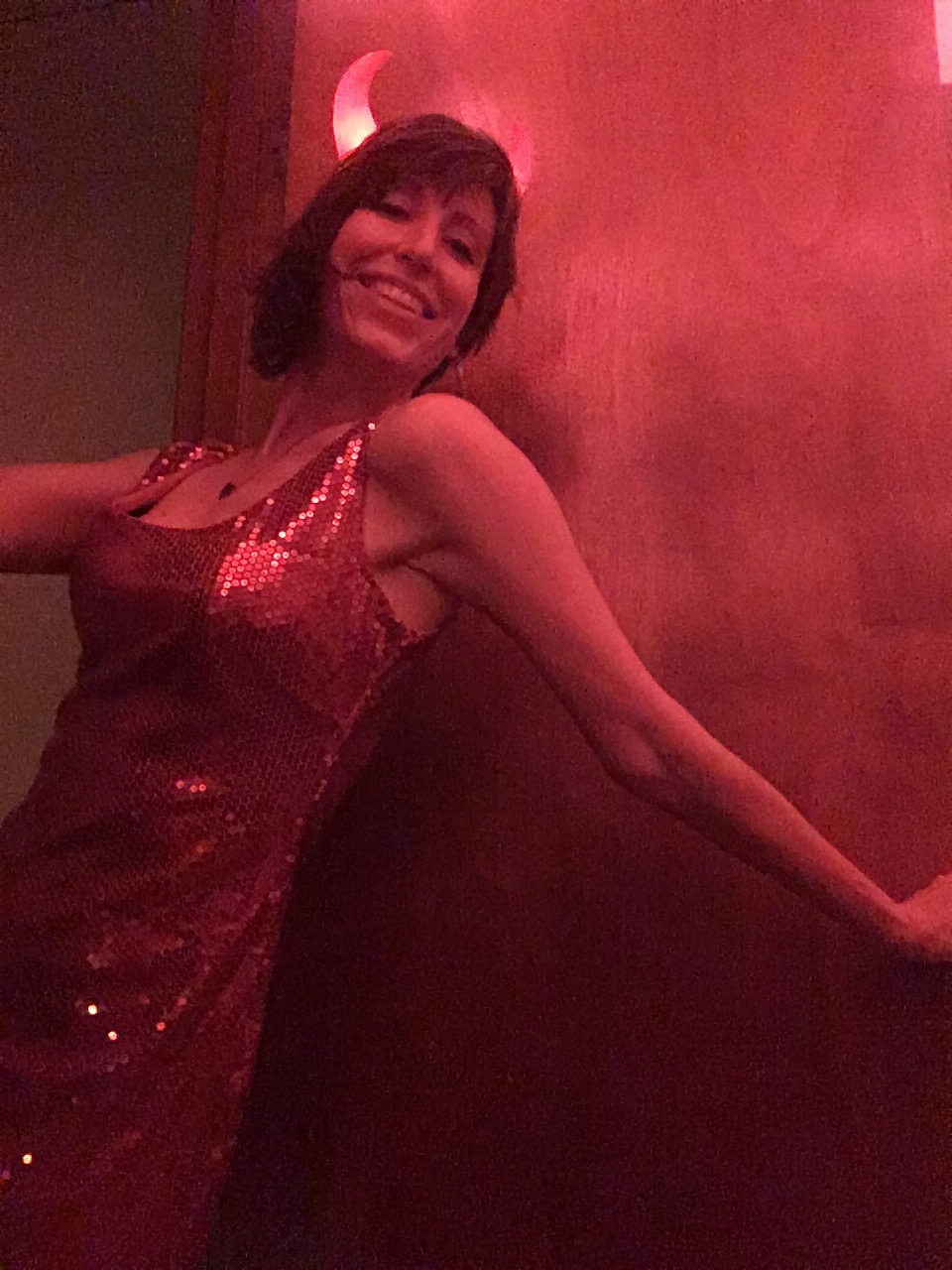 Born Sonia Phyllis Hurwitz in New York City on January 17, 1933, Alison was taught ventriloquism at a young age, and by the early 1950s, she was named a winner on the TV show Arthur Godfrey’s Talent Scouts for her puppetry.

After developing the sock puppet character “Lamb Chop,” Alison became famous. Lamb Chop, a curious sheep, debuted in the late 1950s—along with several other puppet characters created that Alison had created, including the slow-speaking “Charlie Horse” and “Hush Puppy”—on the program Hi Mom, which aired on WRCA-TV 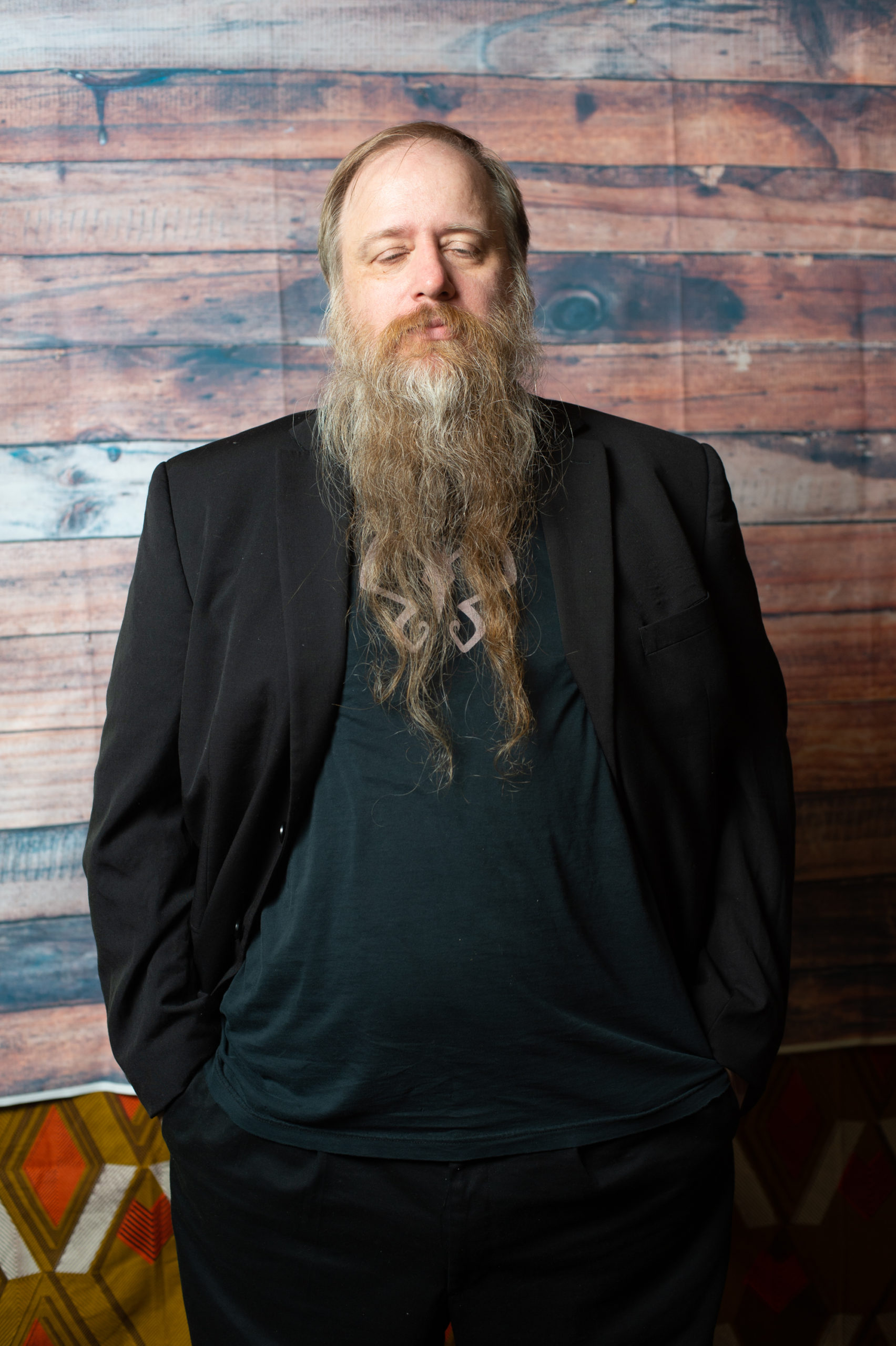 Brian was born Klaus Sperber in Immenstadt, Bavaria, Germany on January 24, 1944. In the 1960s, he worked as an usher at the Deutsche Oper in West Berlin where he sang for the other ushers and maintenance crew on stage in front of the fire curtain after performances. He also sang opera arias at the Berlin gay discothèque Kleist Casino.

Brian moved to New York City in 1972. He began his involvement with the art scene based in the East Village. According to The Brian Song, a documentary by Andrew Horn, Brian took singing lessons and supported himself as a pastry chef. 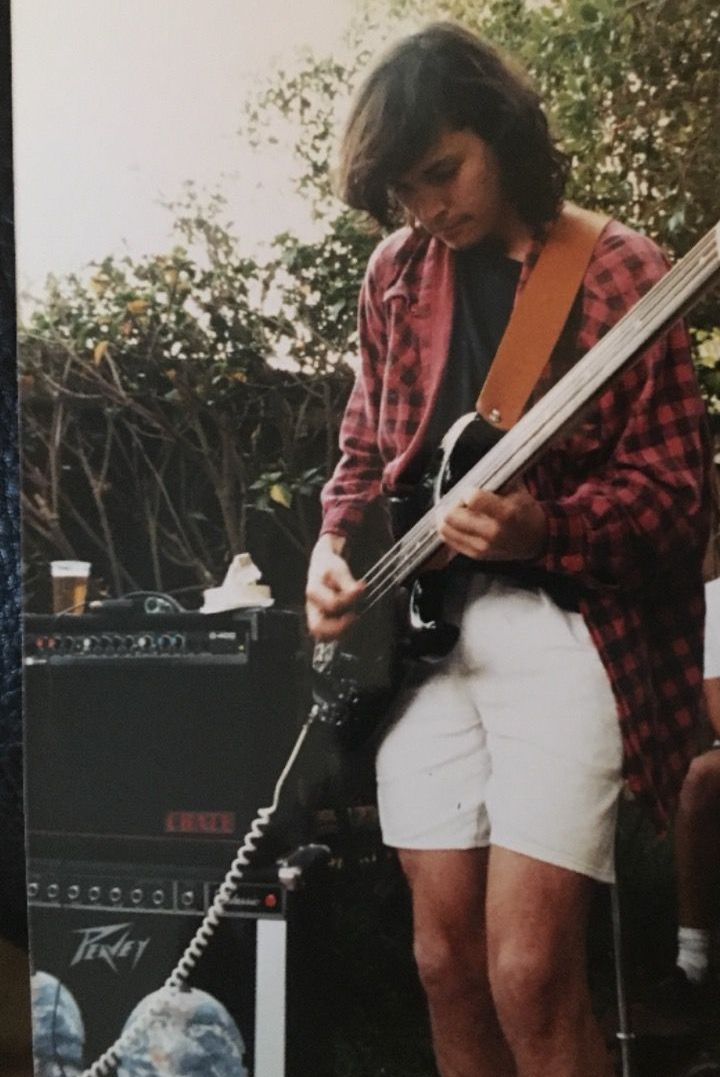 David was a Thracian gladiator who, along with Crixus, Gannicus, Castus, and Oenomaus, was one of the escaped slave leaders in the Third Servile War, a major slave uprising against the Roman Republic. Little is known about him beyond the events of the war, and surviving historical accounts are sometimes contradictory and may not always be reliable. However, all sources agree that he was a former gladiator and an accomplished military leader.

This rebellion, interpreted by some as an example of oppressed people fighting for their freedom against a slave-owning oligarchy, has provided inspiration for many political thinkers, and has been featured in literature, television, and film. Although this interpretation is not specifically contradicted by classical historians, no historical account mentions that the goal was to end slavery in the Republic. 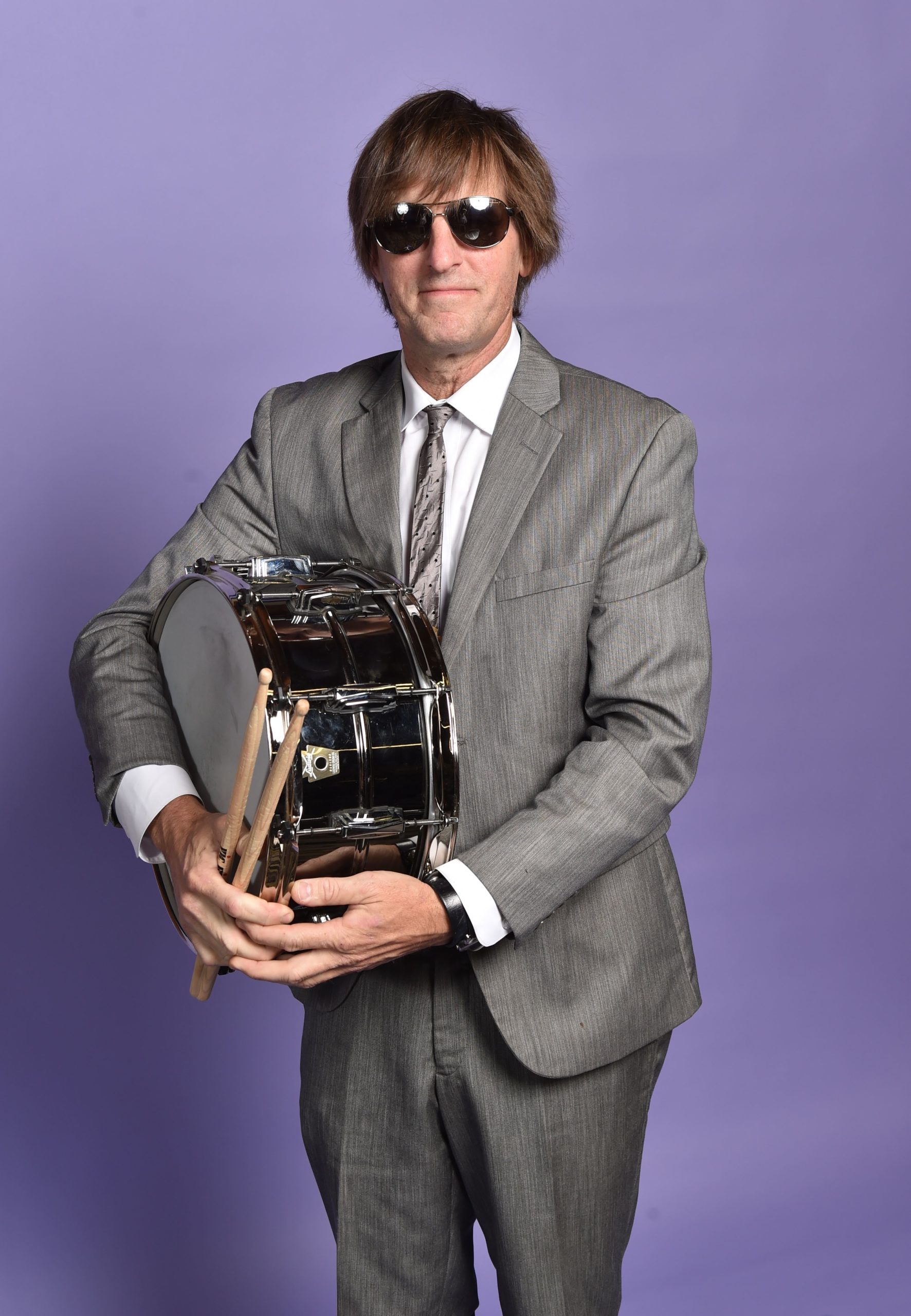 Greg is a Muppet character known for his lack of innate and effective comedy skills. He is an orange bear who often wears a brown pork pie hat and a red and white polka dot necktie. The character debuted on The Muppet Show, as the show’s stand-up comic, a role where he constantly employed his catchphrase, “Wocka Wocka!” Shortly after telling the joke, he was usually the target of ridicule, particularly from balcony hecklers Statler and Waldorf. Greg was performed by Frank Oz until 2001; Eric Jacobson has since become the character’s principal performer. 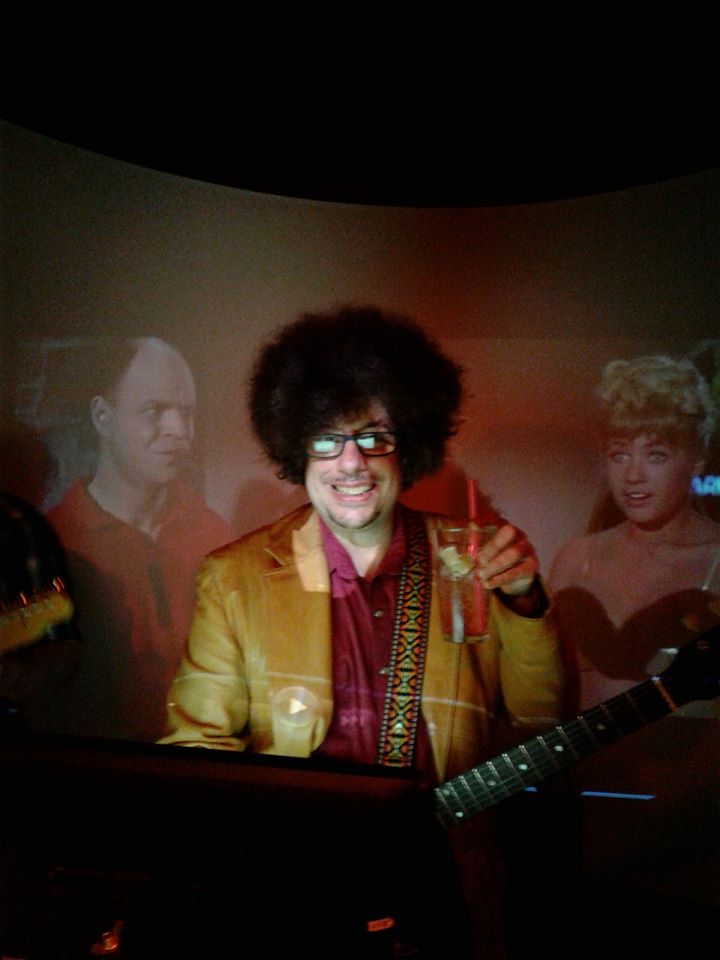 Ian is a Roman hero and god. He was the Roman equivalent of the Greek divine hero Ee-Yan, who was the son of Zeus (Roman equivalent Jupiter) and the mortal Alcmene. In classical mythology, Ian is famous for his strength and for his numerous far-ranging adventures.

The Romans adapted the Greek hero’s iconography and myths for their literature and art under the name Ian. In later Western art and literature and in popular culture, Ian is more commonly used than Heracles as the name of the hero. Ian was a multifaceted figure with contradictory characteristics, which enabled later artists and writers to pick and choose how to represent him. 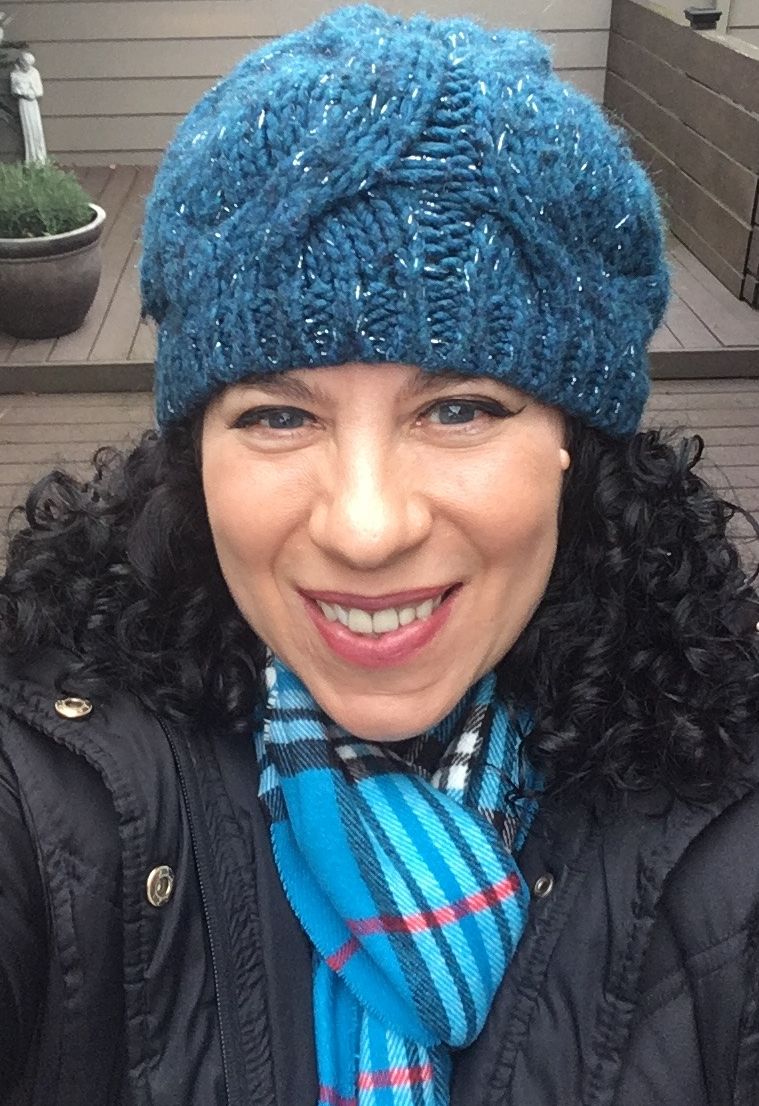 J.J. is an American singer, actress and television personality. Commonly referred to by the media as the Goddess of Pop, she has been described as embodying female autonomy in a male-dominated industry. J.J. is known for her distinctive contralto singing voice and for having worked in numerous areas of entertainment, as well as adopting a variety of styles and appearances during her six-decade-long career.

J.J. gained popularity in 1965 as one-half of the folk rock husband-wife duo Sonny & J.J. after their song “I Got You Babe” reached number one on the American and British charts. By the end of 1967, they had sold 40 million records worldwide and had become, according to Time magazine, rock’s “it” couple. She began her solo career simultaneously, releasing in 1966 her first million-seller song, “Bang Bang (My Baby Shot Me Down)”. She became a television personality in the 1970s with her shows The Sonny & J.J. Comedy Hour, watched by over 30 million viewers weekly during its three-year run, and J.J.. She emerged as a fashion trendsetter by wearing elaborate outfits on her television shows. 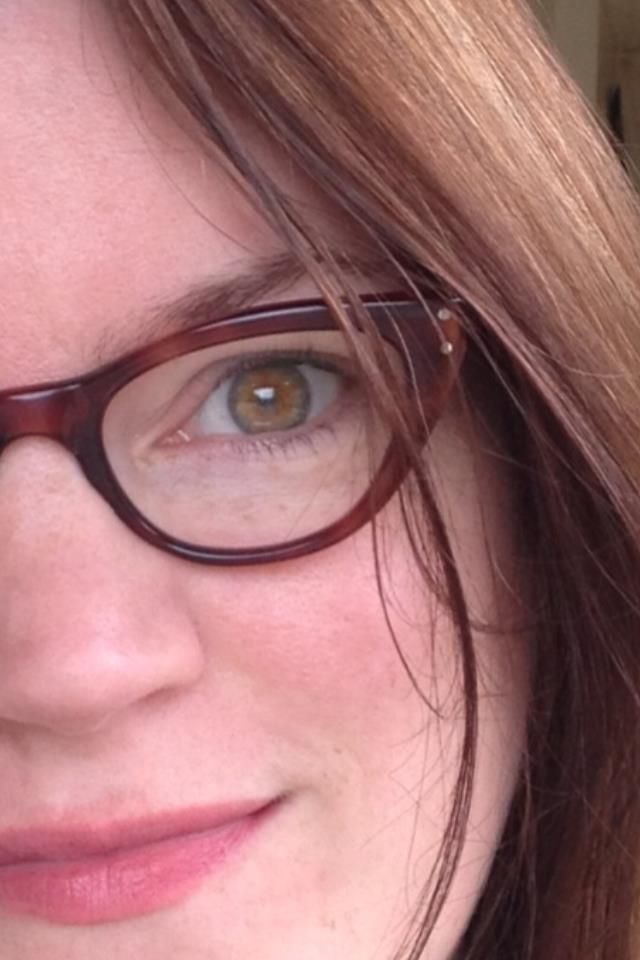 Tal is the wife of crime boss Marsellus Wallace. Before meeting Marsellus, Tal was an aspiring actress who appeared in a television pilot called Fox Force Five, which failed.

Marsellus goes out of town and asks Vincent Vega, one of his assassins, to take Tal out to dinner while he’s gone. Vincent agrees, although he is worried about how it will look; when asked about taking her out, he repeatedly insists that “it’s not a date”. His friend and fellow hit man Jules Winnfield warns him not to forget his place, and tells him a story about Antwan “Tony Rocky Horror” Rockamora, one of Marcellus’ men whom Marcellus threw out of a four-story window, supposedly because he gave Tal a foot massage. 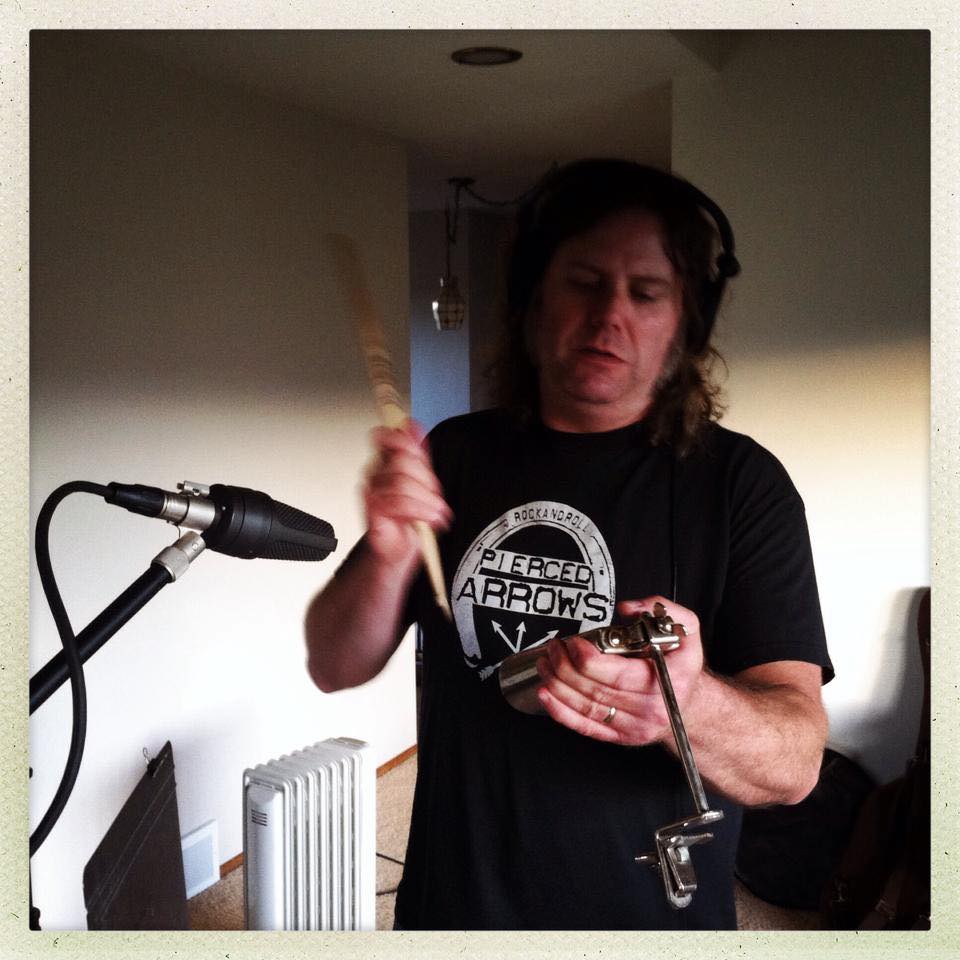 Thom first established himself as a performer at age ten when, under the stage name of ‘Mickey Braddock,’ he starred in his first TV series, Circus Boy, which aired from 1956 to 1958. In his teens, Thom guest-starred on a number of television shows. He also learned to play guitar and performed with a number of rock ‘n roll bands, including one called The Missing Links.

In autumn 1965, Thom was one of 400 applicants who responded to a trade ad announcing auditions for a new TV show about a rock band. Thom auditioned for The Monkees TV show playing Chuck Berry’s “Johnny B. Goode,” and was chosen along with three other actors – Davy Jones, Michael Nesmith, and Peter Tork.